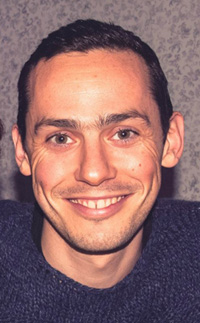 Stutter Social is happy to announce the newest member of our amazing roster of hosts, Ronan Miller! Let's get to know Ronan a little bit:

1. Tell us about yourself

My name is Ronan Miller, and I am from Nottingham in the UK. I am 32 years old and have lived in Valencia, Spain since 2008. I am a PhD student at the University of Valencia, where I am conducting research into how people who stutter experience anxiety in English foreign language learning. I enjoy music in its many forms, cooking and eating, and exercising.

2. What was it like for you to grow up stuttering?

Growing up with a stutter was very difficult at times, the two most troublesome situations for me were being asked my name at school and making phone calls to my friends (before everyone had a mobile phone!). I was lucky enough to have a good group of friends that didn't care about my stutter, and all things considered I feel very fortunate to have had the experiences I have had.

3. What made you interested in becoming a Stutter Social host?

I have benefitted enormously from speaking with other people who stutter over the years, and my attitude towards stuttering has improved a great deal thanks to those conversations. In some small way, I hope that by becoming a stutter social host I may be able to pass on some of the positivity and understanding that I have received.

4. Do you have any advice for people who stutter?

My advice would be focus on your strengths, all of us have weaknesses, whether we stutter or not. Despite the negatives, stuttering can lead to a whole host of positive experiences, and instead of holding you back, can actually make you more determined and ready to take risks. There are many people who stutter who do amazing things and continue to stutter openly, showing that attitude and self-acceptance is more important that speech fluency!

Posted by Daniele Rossi at 12:49 PM No comments:

Email ThisBlogThis!Share to TwitterShare to FacebookShare to Pinterest
Labels: News 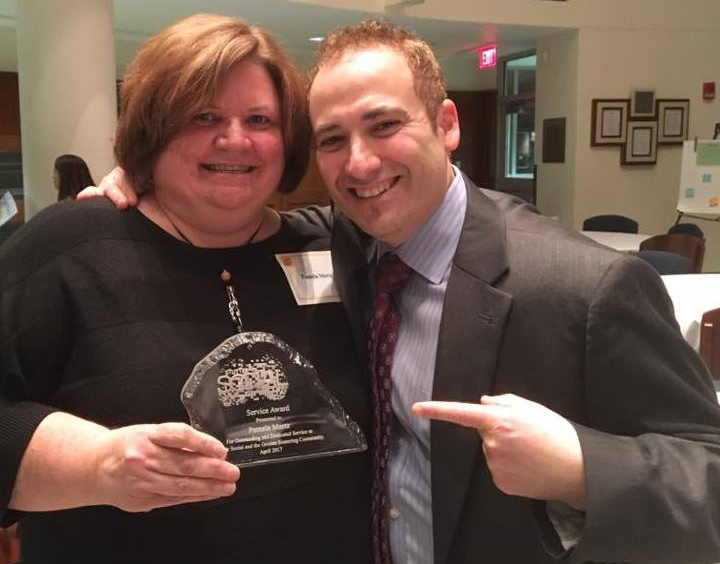 Congratulations Pam and thank you again for your service!
Posted by Daniele Rossi at 3:32 PM 1 comment: